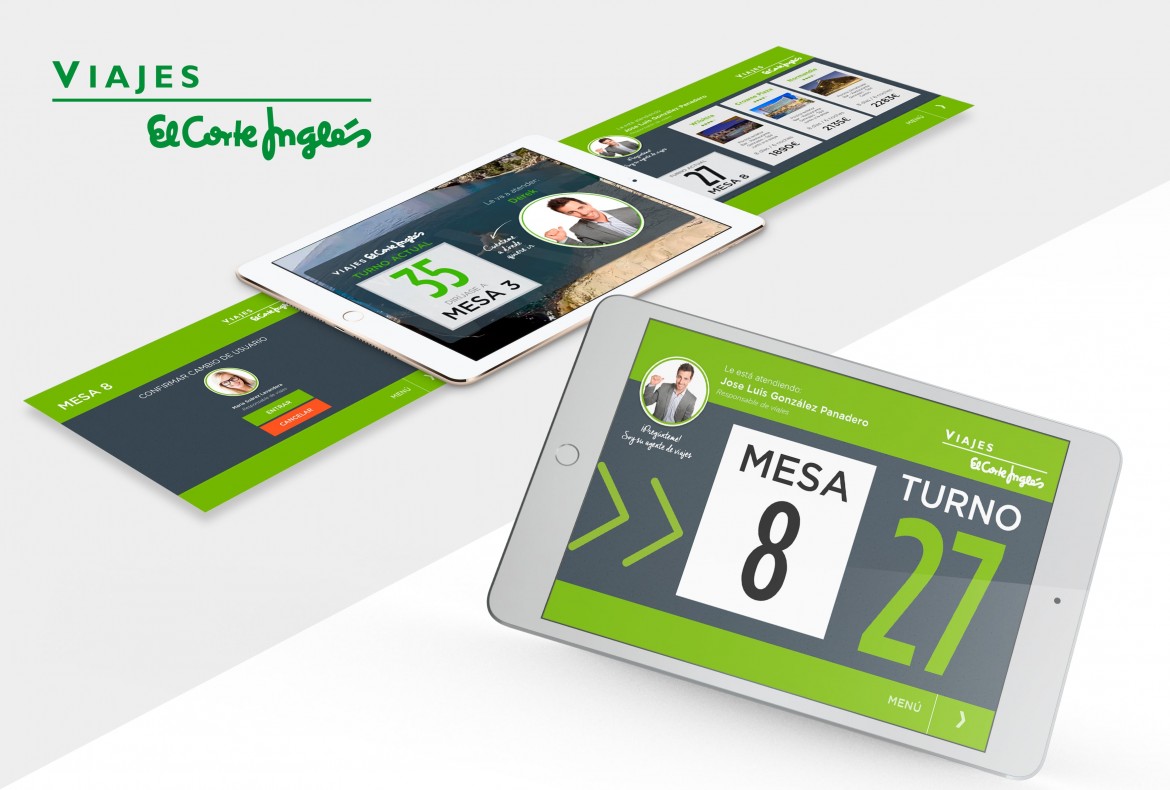 Multiple interfaces designed for Viajes El Corte Inglés stores in various shopping centers in Madrid. The development of this APP comes as a result of the brand to improve its shift system in stores, to better organize customers waiting to be served, and for this an APP with a multiscreen system was reached, in which each part fulfills a function.

On the one hand we have the ticket dispenser, which consists of a small screen, in which an appointment is requested (and it is specified in which section or with which vendor if desired) and which then dispenses a printed ticket with the number.

In a vertical totem, the shifts are shown, as well as the promotional video of the brand, and the shift number and the vendor who will attend once they are called from the tables appear.

Finally, each table has a tablet that indicates the corresponding shift, as well as the vendor who will attend to it (and the section to which it belongs). 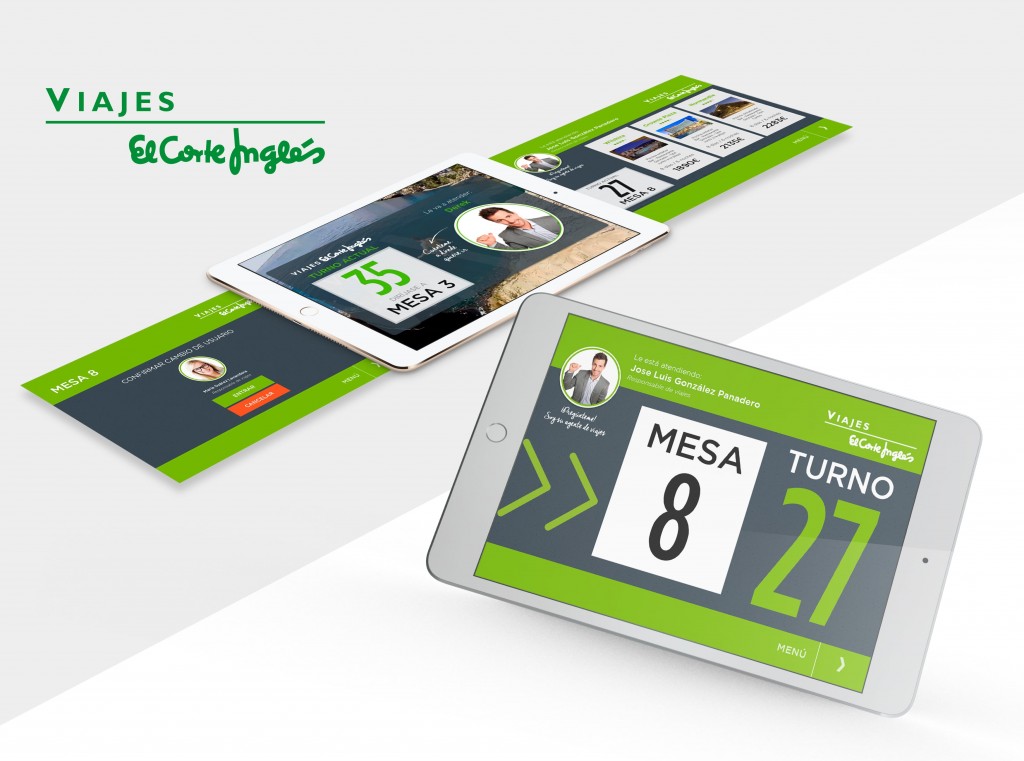 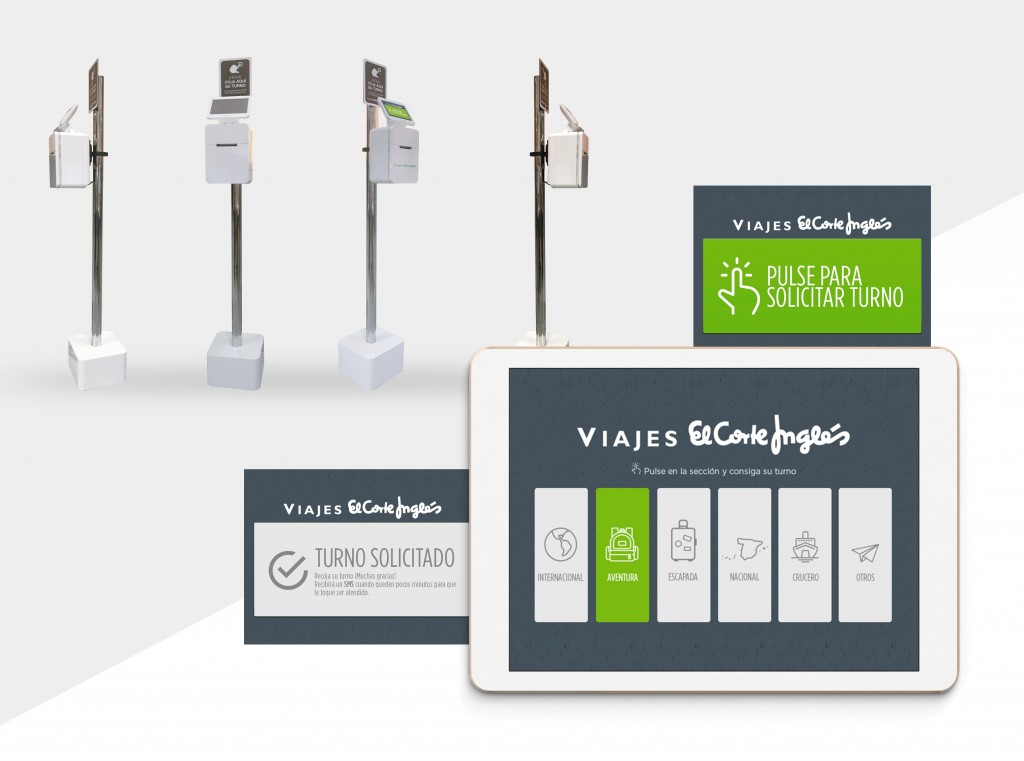 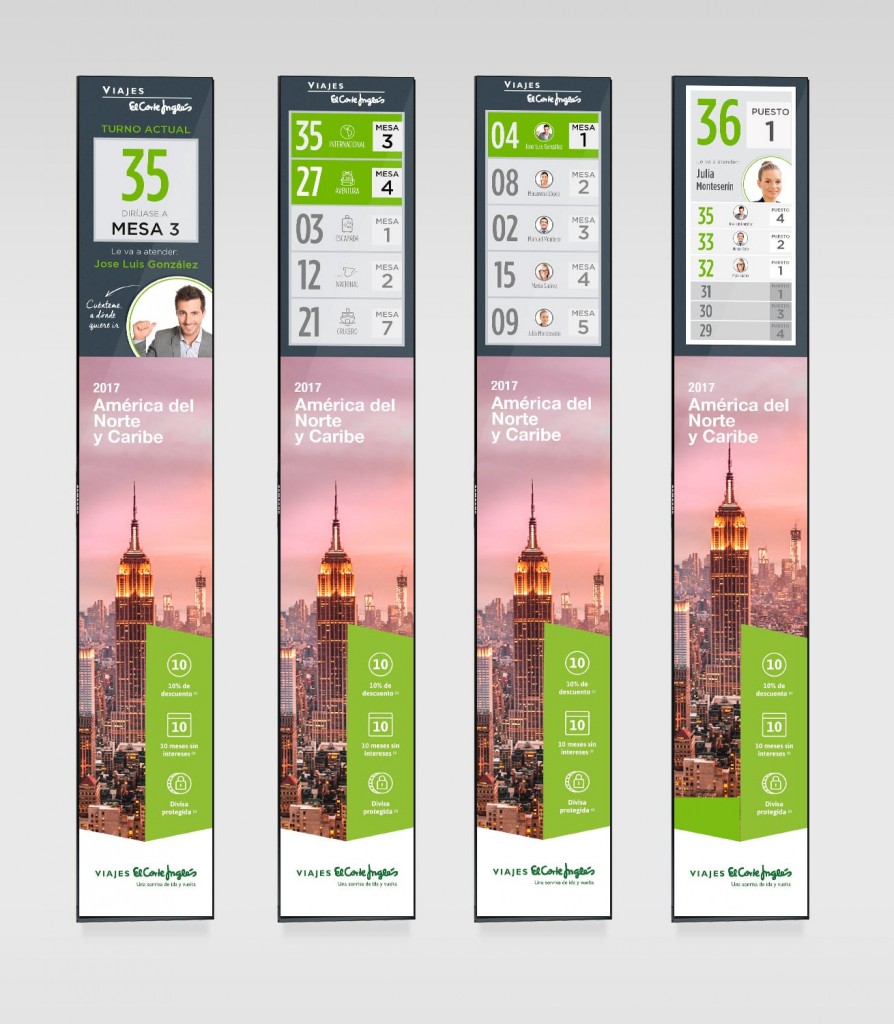